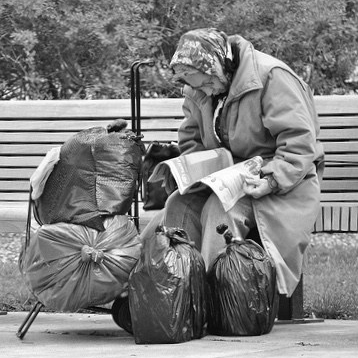 I’ve spent the better part of the past 10 years trying first to convince myself and then others that things don’t just happen – at least not “things” that matter. My writings are replete with examples that I believe more than prove that point, encounters and events that just can’t be explained by or dismissed as coincidence. I didn’t “just happen” upon a still-wrapped bouquet of discarded roses at precisely the same moment that a woman badly in need of a reminder that she was seen walked by with her dog, any more than I “just happened” upon a little boy in need of a word of encouragement moments after a sidewalk spill from his brand new bike or a lost young girl late for the audition of her life. I also didn’t “just happen” to choose the off the beaten path Italian restaurant I did among the dozens that were available on a frigid, week-before-Christmas night I will never forget. Truth is: No one will ever convince me that any of those things (or the countless others that fill this blog) just happened. In fact, any hope you had of doing that disappeared completely and eternally during a recent trip to Chick-fil-A.

I’m a bit predictable – at least I used to be. For months, almost every Saturday morning followed the same script: up by 7:00, breakfast, an early morning walk (5 – 8 miles depending on the weather), a little bit of writing if the walk inspired it, a warm shower, and out the door to our local Chick-fil-A for an 8-count nugget meal, complete with a medium waffle fry (don’t judge me!) and a LARGE iced tea. That Saturday was to be no exception, or so I thought as I turned the corner into the over-sized shopping center and headed for the CFA at the opposite end of the parking lot. It was then that I saw her – a homeless woman, with what I imagined were all her earthly belongings stuffed into two large bags, slowly making her way down the sidewalk that bordered the westbound lanes of Flagler Street – and then that I decided that I was going to buy her lunch. I have no idea where the thought came from, but it was powerfully present to me, and I immediately began trying to figure out how I was going to make it happen, given the logistics and awkwardness of it all.

By the time I’d found a parking space, however, I’d managed to talk myself out of it. I just couldn’t visualize how to make it work – or maybe I just didn’t want to. She was still a few hundred yards away. What would I do? Should I wait for her, approach her with an offer to buy her lunch, and, if she was receptive, invite her in? And, if so, what would that “look like” exactly? Would it mean taking the next step and actually sitting down to have lunch with her? Is that really something I could do? Should I just assume she’d want lunch, go in, buy it, and then approach her on the sidewalk with the meal I’d selected and hope she accepted it? What if she said “no”? What if she rebuffed my well-intended overtures? What then? It all seemed too complicated. So, I bagged the idea, put it (and her) out of my mind, proceeded into the restaurant, waited in line with all the other guests, placed my usual order, paid the bill, and turned to head toward the dining area. As I did, I looked up AND THERE SHE WAS, having obviously made her way past several guests to get to me!

I froze. “Will you buy me lunch?” she asked shyly. “Absolutely,” I responded, holding back tears as I ushered her toward the cashier who’d helped me moments earlier. “Order whatever you’d like. I’m buying.” “Thank you,” she whispered, as we exchanged smiles and went our separate ways to our very different lives, sharing – me for the hundredth time, her perhaps for the first – the unmistakable, irrefutable reality that nothing just happens . . . at least nothing that matters!